We arrived in Vancouver on a direct overnight flight from New Zealand.  As we popped down from the clouds it was lunchtime and they city was sparkling in the sun.  We had come for a 6 day trip and only saw the sun on the day we arrived and departed.  It was the start of winter so we did expect the weather to less than perfect.

Despite the weather we still had fun and made the most of our time in Vancouver and even managed to squeeze a quick trip to Whistler.  We are lucky enough to have friends who live in the city and who were more than happy to show us around. 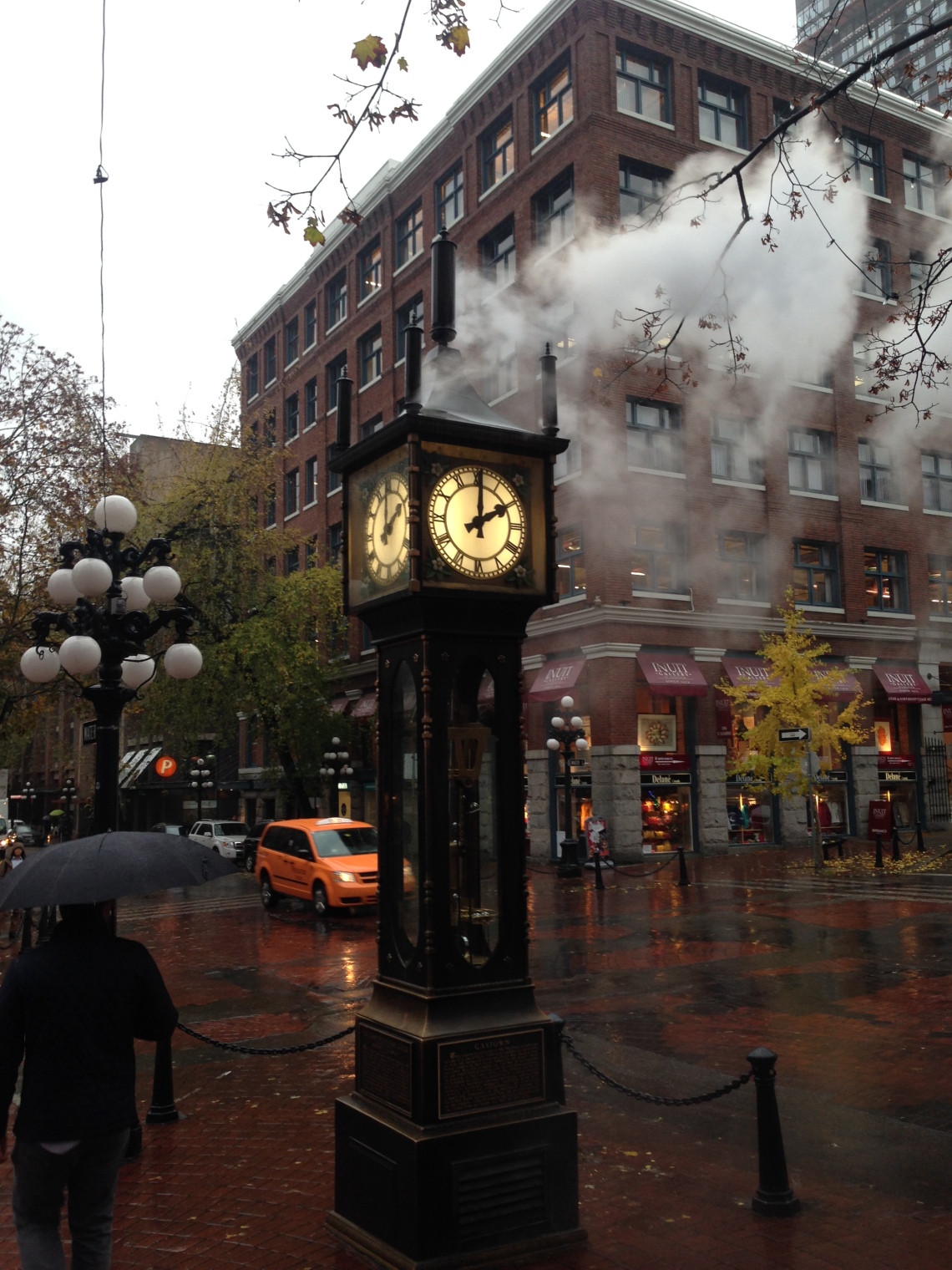 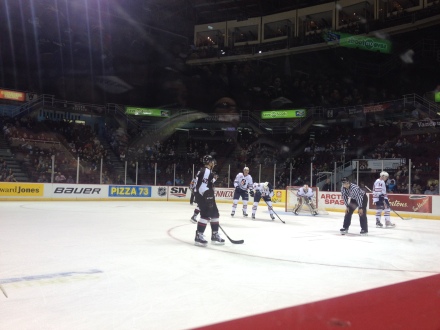 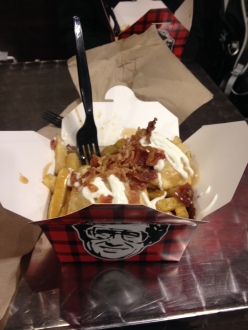 We found getting around Vancouver very easy thanks to the high quality public transport and the city’s grid system layout.  The airport is connected to downtown by a light rail system known as Sky Train which forms the backbone to the city’s transport system.

Most places you are likely to visit are within walking distance of downtown or a short train/bus ride away.

For the duration of our visit we were stayed in the West End which is located between Downtown and Stanley Park.  This is an excellent location as it lets you walk to most places of interest.

Directly to the west of the city centre is Stanley Park.  The park is huge and has a curricular walkway/ cycleway right round its edge along the seawall.  Cycling the length of the seawall is a great way to explore the coastline and get some amazing views across the harbour to North Vancouver and out to Vancouver Island.  Bike rental places are located near the park (try Davie Street).  Vancouver is cycle friendly so it easy to navigate the park and surround area on a bike.

If you have time it’s worthwhile exploring the park further.  We found it was easy to spend a couple of hours just getting lost along the trails and pathways.

Directly the east of Downtown is Gastown, the hip part of the city.  Gastown seems to be changing and is slowly becoming more up market.  We found the district has a number of good cafes, bars and restaurant to try out.  Our favourite for coffee was Revolver which has a choice of espresso and brew coffee.

For sandwiches we found Meat and Bread (just up the street from Revolver) to our liking. The place has a small menu but the food seems to be high quality and at a good price, and generally has a queue at lunchtime.  They also have selection of beer to have with your sandwich.

Vancouver famous steam clock is located in Gastown and will go off on the hour.  If you in the area is worth looking out for. 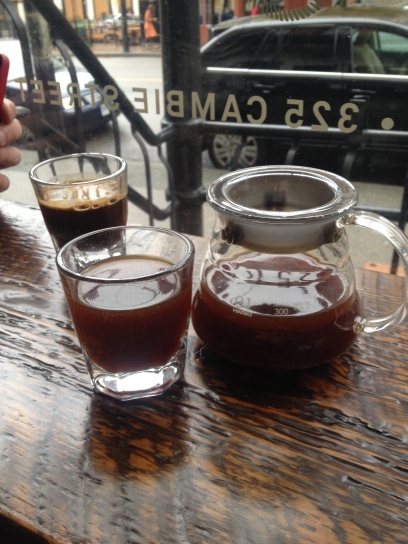 Granville Island located to the south of the centre centre has two main reasons for visiting, the food market and the brewery.

The food market has everything you could possibly want to eat and you could easily spend a lot of money here.  If you are looking to avoid the supermarket this is the place to go.  We went on a wet Monday morning so the place was relatively quiet but can get busy on weekends.

A short walk from the market is the Granville Island Brewery.  The brewery has its beers on tap with many of them worth trying.  If you want to try several beers on offer the brewery offer a sample tray which allows you to try up to 4 beers for about $12.

The best way to get to Granville Island is to take the False Creek Ferry that runs from Beach Avenue.  Its may cost more than the bus but it is much quicker.

Whistler is about 1 and half hour drive from downtown Vancouver and if you have time is worth a visit.  The drive up to Whistler is spectacular with great views of the surrounding mountains.

The village is very pretty (feels almost Disneyland like) and has a car free centre.  The main reason for going to Whistler is to ski, however, when outside of the snow season the place has plenty of other activities to do.

The area has a huge number of walking, hiking and biking trails as well as a number of swimming holes.  The village has a large number of bars, restaurants and shops that will cater to your every need.

Whilst up in the mountains we wanted to see some snow.  We drove for about an hour north of Whistler to a place called Joffre Lakes.  We could not of ask for anything more as the place was covered in the white stuff.

To sum up, we both would recommend Vancouver for a short visit.  If you are looking to come longer then you will definitely want to get out of the city and explore the mountains.  We visited at the end of autumn which was generally wet and cold but still made of the most of it.

To see more of our photos from our time in Vancouver click here. 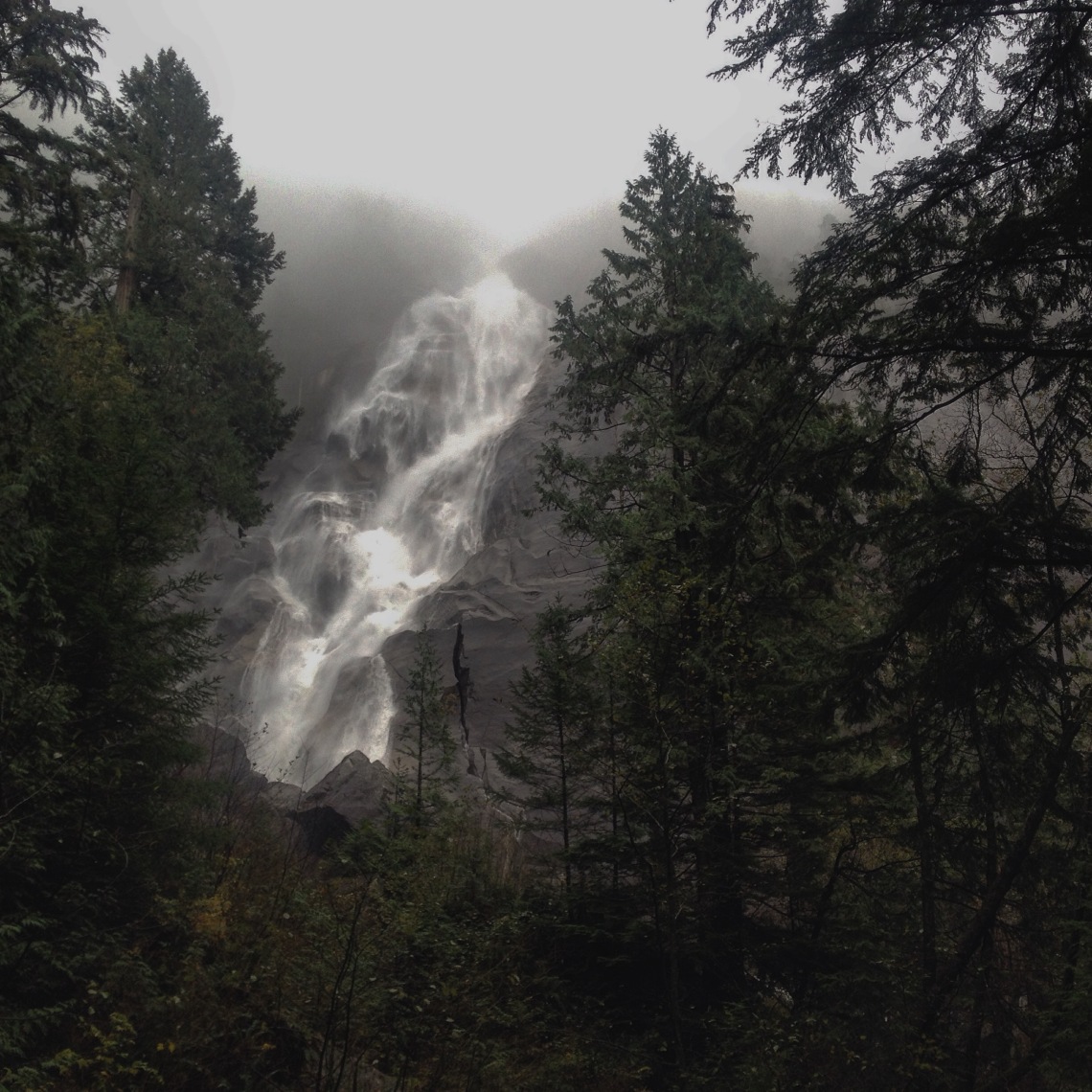 31 year old Scotsman who went to New Zealand for 6 month adventure and ended up staying (oops). Have a passion for cycling, town planning and travel. Instagram/ Twitter: @escapingboy View all posts by Alisdair Simpson